Garuda is a wind-based ranger Atma that can interrupt foe's formation. He can mark a foe in the back row and allows his allies to attack the corresponding foe. He can give SPD UP buff to his allies and remove buffs from a foe in the front row. His active skill "Divine Reprimand" will interrupt the foes in the back row from using their active skill.

Garuda led an army of the skies. Not a single foe slipped his eyes. His wings could cut down enemies with ease, and under his supervision, darkness will never prevail.

Nobody could shake Garuda's will. The more honorable his master is, the higher he flies. Anywhere his master wants to go, he goes, no matter what the obstacles lie await. 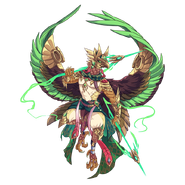 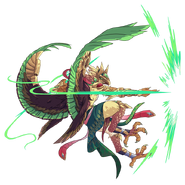 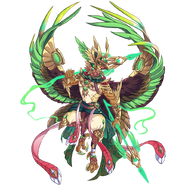 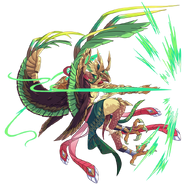