Started playing Code Atma? Read on for Code Atma 'Character' Tier List 2021 showcasing all of the Atma in a list - tier ranking 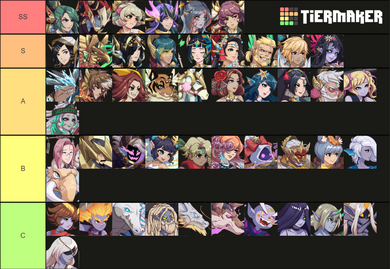 In Code Atma: Best Atma Tier List 2021, We have ranked all the Atma into five major tier ranks. These tier ranks are, SS-Tier, S-Tier, A-Tier, B-Tier, C-Tier. Each tier has been given a specific description ( SS-Tier > S-Tier > A-Tier > B-Tier > C-Tier )

SS Tier Atma are the best ones and have most useful or great abilities in every aspect of game stage ( both PVP or PVE ).

S Tier Atma are one rating under the SS Tier, their abilities mostly needed under different circumstances.

A Tier Atma mostly filled with good Atma that can support or need the support of another Atma to reach its potential in every battle.

In this part of tier list, we have covered the best SS Atma that are currently featured in the game:-